In Idomeni, the future doesn’t exist and the past only evokes sadness. Every conversation walks a slippery slope in Idomeni. An uncomfortable silence prevails.

A woman approached me to ask about repairing her broken tent. Tents often broke because too many people would have to pack into tents not made to be houses for two months, and the winds of the hills of Northern Greece have really picked up. The job of a volunteer is hectic — you never cross the camp without being swarmed by people asking for help or simply a chat.

While I was speaking with her, three young men about my age walked by me and one asked in a quiet voice, ‘you got the stuff?’ I reached in my pocket, pulled out nothing, and we fumbled with our hands, looking away in opposite directions. He thanked me in the espionage-like voice, and we went about our business with no acknowledgement of what had just happened.

The ‘stuff’ he implied were drugs, and to clarify, no drugs were exchanged. What had just happened was that we had a hilarious exchange, and both of knew exactly what the other meant. We probably had both seen that kind of encounter over TV or YouTube — two things that had left everyday life for those in Idomeni.

The camps have found a way to freeze time. Some may say they have been forced to create it, and it is much like others zones of comfort that they fill with the ideas they want. But this bubble has an eerie silence; the residents of the bubble have halted time.

Inside the bubble is a static happiness, created by conversation and destroyed by it. Outsiders often pop the time-machine-bubble and their publications (articles, videos, and photographs) often emphasize desperation and devastation. Nobody doubts that the living situation is abysmal– and the future bleak — but the culture of conversation has found a way around it: don’t talk about it. Every conversation walks a slippery slope.

END_OF_DOCUMENT_TOKEN_TO_BE_REPLACED

I’m not one to say that any one day is more important than another, but today may dictate the future for millions of migrants seeking asylum outside their countries, and for millions more who have seen the refugee route as a way to safety from war-torn countries. Today hinges on Turkey.

END_OF_DOCUMENT_TOKEN_TO_BE_REPLACED

I have completed my first very rough text analysis on my first section of my first newspaper for my first event. There are myriad ways to improve and new directions to go, but I am at a stifling disadvantage compared to other DH projects. As far as I know, this project is the first of its kind.

END_OF_DOCUMENT_TOKEN_TO_BE_REPLACED

In a previous post I argued that there are several reasons that we should care about and advocate for the freedom of speech. They centered around the ideal of a healthy democracy fueled by informed citizens that know the forces that affect their lives. Citizens can then root out corruption, prevent violence, and find consensus through discussion forums and communication. Rather idealistic, striving for a utopian society.

If you’re like me, though, it helps to find motivation and support in something much more concrete. And the above story portrays all other effects of free speech as only side-effects, instead of something specific to work towards. Discussions around free speech should not only rely on the political and social benefits. There are however far more measurable and practical dimensions to free speech, but they are seldom mentioned. 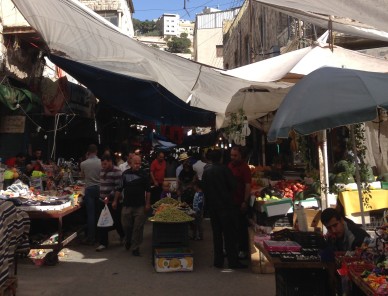 The big one is the economics of free speech – the prosperity that can come with free, unmolested, unthreatened information sharing. Rarely are economic dimensions considered, but they can have enormous benefits in an economy and society. When they are mentioned, discussions revolve around a free market’s need for innovation. But there is something deeper that is quantifiable. END_OF_DOCUMENT_TOKEN_TO_BE_REPLACED

Any press freedom supporter should be familiar with the Reporters Without Borders’ Press Freedom Index. It’s an annual survey of every country in the world that attempts to quantify the level of freedom that the general press enjoys in each country. The ranking is based on questionnaires sent to experienced correspondents in each country. The questionnaires include several factors of variable weighting that include political, legal, and economic restraints that journalists face.

It’s a powerful source because it’s comprehensive and quite a deal of thought has been spent on each factor in each country. It’s thus a perfect resource for a project that aims to compare several other factors to press freedom measures. 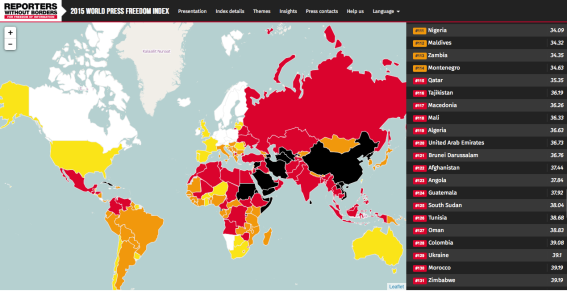 And as you read deeper and deeper, you realize there’s a sort of contradiction between the numbers and the goal. The questionnaire comprises too many questions to count, dozens, at least above a hundred, all categorized into very different factors.

And then you read a line like this, “Africa’s newest country [South Sudan scored at 38.04] is torn by civil war and has an extremely polarized press. In Afghanistan [scored at 37.44], it is the state’s ability to guarantee media safety that is lacking.”

And then you realize that the RWB only publishes a single value. END_OF_DOCUMENT_TOKEN_TO_BE_REPLACED

Last Tuesday saw events that have since reverberated and escalated in Turkey. Two armed men claiming to be with an outlawed leftist political party called DHKP-C entered the largest courthouse in Europe a couple blocks from my apartment. They took hostage the prosecutor pursuing the case of a teenager who was hit with a tear gas canister in the Gezi Protests in 2013. He was sent into a coma and died nine months later. The militants claimed the prosecutor was dragging his feet on the case. Their actions did not do much to ease public perception of the alleged terrorist group.

One of the first things the militants did was hack a Twitter account and post a picture of the terrified lawyer, gun pressed aggressively against his head. The walls of the room had been draped with the flag of the DHKP-C. It was clearly meant to terrorize and send a message beyond this one case. (I’m not providing a link to the picture for reasons to be explained.) They demanded all accused and unaccused police officers record their confessions to the boy’s murder within 3 hours. If at 3:36 pm their demands were not met, the prosecutor would pay the price. 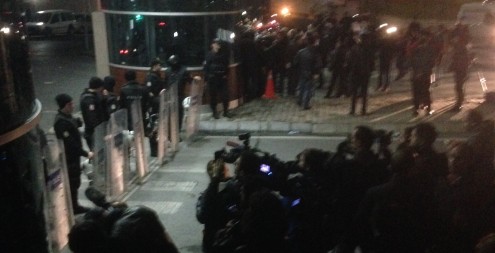 Several news publications published the picture from Twitter on their platforms. The Turkish government immediately imposed a media blackout. Many have been to quick to judge this as another example of outrageous censorship.  END_OF_DOCUMENT_TOKEN_TO_BE_REPLACED